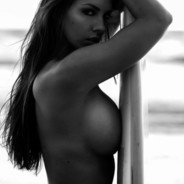 As of 20:00 GMT +5:30pm the data center of our teamspeak server was struck by a massive ddos attack. At first we believe that the attack was on our private node. As the attack is beyond our scope of mitigation the server may remain down until further notice.

The only information we have received from the hosting company was 5 minutes (from this post) about the attack on their Mumbai Data Center.

We kindly request you to stay patient. We will try our best to bring the server online once the hosting company resolves the issue.

Important Note: There were some wrongful bans imposed on a couple of Indian Teamspeak users. We were not aware and we tried to establish contact with them but as they failed to respond after giving repeated warnings to communicate and confirm their identity as Indians we decided to impose permanent bans.

All Permanent Bans handed over with the following reason:  (Suspected Attacker or failure to cooperate with the administrative staff) will be removed once the server comes back online.

We apologize for the inconvenience caused.

This thread will be updated when the hosting company resolves this issue and when we bring the server online.

My name is yabo101, I am a new member of this community. I will further introduce myself to the community here soon.

My name is Nobi, I am a new member of this community. I will further introduce myself to the community here soon.

Portal by DevFuse · Based on IP.Board Portal by IPS
×
×